The Simple Guide To One Direction 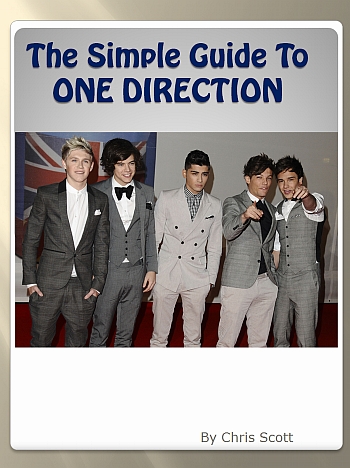 One Direction is a British/Irish boy band who came together as a band after each appearing as solo artists on the British version of the X Factor. Although good singers they didn't get through to the finals and someone (read the book to find out who) suggested they get together to form a band. Luck for us they did. After spending five weeks perfecting their talents they again performed in the X Factor, they didn't win but showed such great promise they signed by a record label (do you know who?). This great simple guide takes a look at the history of the band, some amazing facts and then we go into more detail on each of the boys, Liam, Niall, Louis, Zayn and Harry. The book is a mix of short easy to read paragraphs followed up by some short easy to read facts. We have over 300 facts you can read to learn about your favourite member of One Direction. What do they like in girls? Would they date a fan? According to a facebook survey, who is the most popular member of the band? These and many, many more questions will be answered.